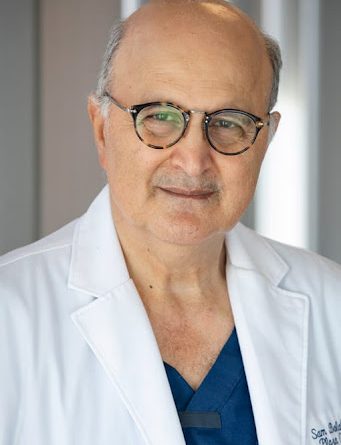 Get to know Obstetrician-Gynecologist Dr. Isam Balat, who serves patients in Texas.

Dr. Balat has long been recognized as one of the top obstetrician-gynecologists in the greater Houston area. He has delivered exceptional care to his patients, their families, and their friends since he started his practice in 1976.

“The key element to a successful patient/physician relationship is to listen to the patient as she describes her symptoms. When I prepare a treatment plan, I take into consideration every factor as they relate to the patient – symptoms, clinical findings, patient beliefs, and personality” expressed the doctor.

An infertility expert and ovulation induction specialist, Dr. Balat’s goal is to work closely with infertile couples until they achieve their dreams of having a baby. Along with extensive evaluations to identify infertility causes, he offers a wide range of medications and several surgical options, including MIPs for fibroid removal, that can correct infertility problems allowing patients to be evaluated and treated in one place, under close supervision.

As a lifetime member of the Endometriosis Association, he is considered an “endometriosis specialist” treating women in the Houston area. He also conducts minimally invasive surgeries for the management of endometriosis.

Back in 1973, Dr. Balat graduated with his medical degree from The University of Texas Medical Branch at Galveston. He then completed his post-graduate training in obstetrics and gynecology at the University of Texas Medical School in Houston. Once he finished his residency, he started private practice in 1976 when he joined Dr. John Armstrong and Dr. Richard Weilburg.

In 1998, he founded Plaza OB/GYN Associates in the museum district. He recently opened the Binz Surgery Center where he conducts minimally invasive surgeries for the management of fibroids, endometriosis, and pelvic prolapse.

Among the first Houston physicians to offer MonaLisa Touch®, Dr. Balat specializes in this new hormone-free treatment for atrophic vaginitis, a condition that effects women who are menopausal, have had a hysterectomy, or are breast cancer survivors.

Moreover, he has been providing patients with minimally invasive procedures to reduce hospital stay and let them recover quickly with family and friends. Among the procedures offered include operative laparoscopy, micro laparoscopy, outpatient hysterectomy, outpatient tubal reversal, and fibroid surgery.

With almost 40 years of experience as a renowned OB/GYN physician, Dr. Balat is board-certified in obstetrics and gynecology by the American Board of Obstetrics and Gynecology (ABOG). The mission of the ABOG is to define standards, certify obstetricians and gynecologists, and facilitate continuous learning to advance knowledge, practice, and professionalism in women’s health.

Obstetrics and Gynecology is the medical specialty that encompasses the two subspecialties. An obstetrician-gynecologist, or OB-GYN, is a healthcare professional who specializes in female reproductive health.

On a more personal note, he is fluent in both English and Arabic.

Through his findatopdoc profile, https://www.findatopdoc.com/doctor/1278378-Isam-Balat-OB-GYN-Obstetrician-Gynecologist or through Plaza OB/GYN Associates, https://plazaobg.com/isam-balat-m-d/

FindaTopDoc is a digital health information company that helps connect patients with local physicians and specialists who accept your insurance. Our goal is to help guide you on your journey towards optimal health by providing you with the know-how to make informed decisions for you and your family. 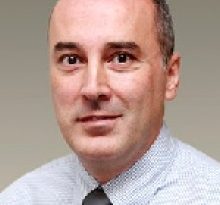