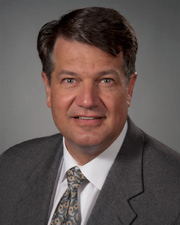 Dr. Wagner, a board-certified obstetrician-gynecologist and an expert gynecologic surgeon, specializes in laparoscopic, vaginal, and robotic surgery. He is one of the few surgeons nationwide who is skilled in both advanced laparoscopic and advanced robotic techniques, this means he can tailor the surgical approach to fit what a patient needs, not what the doctor is capable of.

As the Founder of WGM Obstetrics and Gynecology, he offers expert, advanced, and comprehensive gynecologic care to patients in East Northport, New York. “We pride ourselves on providing state-of-the-art medical care while still maintaining a personal touch. We are proud to say that most of our staff members have been with us for more than twenty years. We strive to utilize the most advanced technology and techniques to enhance the health and well-being of our patients — but we know that medicine is more than technology and computers. Our staff will be there to assist you and help you achieve the highest quality health care for you and your family.” as stated on the practice’s website.

In 2017, the Surgical Review Corporation (SRC), a national organization dedicated to recognizing surgical excellence, designated WGM Obstetrics and Gynecology as a “Center of Excellence” for both minimally invasive surgery and robotic surgery. WGM was proud to be re-certified by the SRC in 2019. That same year, the SRC also awarded Dr. Wagner its highest individual certification as a “Master Surgeon” in both minimally invasive gynecology and robotic surgery.

Professionally, he has been a Clinical Assistant Professor at Hofstra University School of Medicine since it opened in 2012. He has also been an attending at Winthrop University Hospital, as well as currently serves as the Co-Director of Minimally Invasive Surgery at Huntington Hospital. The doctor has served on multiple committees and has been actively involved in quality management and peer-review activities. In 2008, he was elected Medical Staff President by the entire hospital staff, and he served on the Huntington Hospital Medical Board for eight years.

After deciding on a career in medicine, Dr. Wagner attended the Icahn School of Medicine at Mount Sinai in New York. During his time there, he was nominated for and granted membership in the Alpha Omega Alpha Honor Medical Society. In 1987, he also received the Alan F. Guttmacher Award, an annual honor recognizing the outstanding medical student or resident in obstetrics and gynecology. He then completed his internship and residency at University Hospital at Stony Brook. While there, he was awarded the Medical Student Teaching Award in 1990, research awards in 1990 and 1991, and the Martin L. Stone Award in 1991.

Before long, the doctor became board-certified in obstetrics and gynecology, as well as female pelvic medicine and reconstructive surgery by the American Board of Obstetrics and Gynecology, a non-profit organization that provides board certification for practicing obstetricians and gynecologists in the United States and Canada.

Obstetrics and Gynecology is the medical specialty that encompasses the two subspecialties of obstetrics, covering pregnancy, childbirth, and the postpartum period, and gynecology, covering the health of the female reproductive system, the vagina, uterus, ovaries, and breasts. An obstetrician-gynecologist, or OB-GYN, is a healthcare professional who specializes in female reproductive health.

On the subject of his personal life, Dr. Wagner is an avid St. Louis Cardinals fan and enjoys tending his vegetable garden while listening to baseball on the radio. He has been married since 1983 to his college sweetheart. His four children and five grandchildren give him endless enjoyment.

Through his findatopdoc profile, https://www.findatopdoc.com/doctor/1056662-John-R-Wagner-MD-OB-GYN-Obstetrician-Gynecologist or through WGM Obstetrics and Gynecology, https://www.wgm-ob-gyn.com/john-wagner 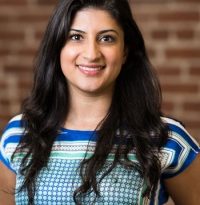