Get to know Obstetrician-Gynecologist Dr. Stephen Foley, who serves patients in Honolulu, Hawaii.

Fluent in both English and Spanish, Dr. Foley is a trusted obstetrician-gynecologist at Kapiʻolani Medical Center for Women & Children.

A part of Hawaii Pacific Health’s network of hospitals, Kapiʻolani Medical Center for Women and Children is located in Honolulu, Hawaii, within the residential inner-city district of Makiki. It is Hawaii’s only children’s hospital with a team of physicians and nurses and specialized technology trained specifically to care for children, from infants to young adults. Its mission is to improve and advocate for the health and well-being of the women and children of Hawaii and the Pacific Region.

Following the completion of his medical degree from the Keck School of Medicine of the University of Southern California, Dr. Foley went on to further his training. He performed his residency in obstetrics and gynecology at the University of Hawaii.

With a special interest in women’s reproductive health, he is board-certified in obstetrics and gynecology by the American Board of Obstetrics and Gynecology, whose mission is to define standards, certify obstetricians and gynecologists, and facilitate continuous learning to advance knowledge, practice, and professionalism in women’s health.

Through his findatopdoc profile, https://www.findatopdoc.com/doctor/233145-Stephen-Foley-OB-GYN-Obstetrician-Gynecologist or through Hawaii Pacific Health, https://www.hawaiipacifichealth.org/find-a-physician/search-results/Stephen-Foley/913 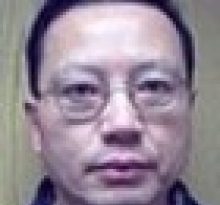