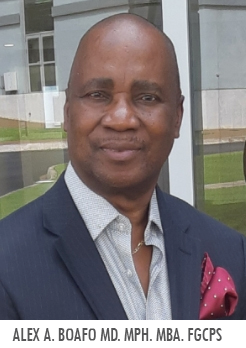 Get to know Obstetrician-Gynecologist Dr. Alex A. Boafo, who serves patients in New York.

A trusted obstetrician-gynecologist, Dr. Boafo has been practicing at Montefiore Medical Center – Wakefield Campus in the Bronx, New York City, New York since 1991. He is also the Founder & CEO of La Constance Global Center for Health.

The La Constance Center is an NGO registered in the United States (with a 501 C3 Status) and as well in Ghana, West Africa and dedicated to providing global health exposure to trainees.

A 1976 graduate of the University of Ghana Medical School, Dr. Boafo relocated to the United States to further his training. Once there, he performed his residency in obstetrics and gynecology at Lincoln Medical Center in 1986, and pursued a fellowship in maternal fetal medicine at the Metropolitan and Lincoln Hospital Programs also under the New York Medical College.

He joined the Lincoln Hospital staff as a maternal fetal medicine specialist and later became the Acting Director of the Department of OB/GYN and the Residency Training Director. He was appointed the Director of the Perinatal Gyn Associates – an OB/GYN group that was responsible for perinatal services in Rockland County in New York and also held a position as President of the Starling Medical Associates Multi-Specialty Group in the Bronx. He then obtained his Master of Public Health degree from Columbia University in 2005 and his Master of Business Administration degree from the Zicklin Business School of the Baruch College (University of the State of New York) in 2007.

A Founding Fellow of the Ghana College of Physicians and Surgeons, Dr. Boafo has received several awards, notably: the Best Residency Teacher Award on two occasions from the American College of OB/GYN, the Community Service Award on two occasions from the National Council of Ghanaian Associations, and a Recognition Award from the Commissioner of Health of Rockland County. He is a past President of a community non-profit organization – The Kwakwaduam Association Inc., whose mission is to organize activities for a Global Health Outreach among others and now serves as a Consultant to the organization.

Obstetrics and gynecology (OB-GYN) is the medical specialty that encompasses the two subspecialties of obstetrics (covering pregnancy, childbirth, and the postpartum period) and gynecology (covering the health of the female reproductive system – vagina, uterus, ovaries, and breasts). An obstetrician-gynecologist specializes in the diagnosis, treatment, and prevention of diseases and disorders that affect women, such as breast cancer, cervical cancer, and menopause. Additionally, they work with expecting mothers throughout their pregnancies, during childbirth, and into postpartum.

On a more personal note, he speaks both English and Afrikaans.

Learn More about Dr. Alex A. Boafo:
Through his findatopdoc profile, https://www.findatopdoc.com/doctor/2006015-Alex-Boafo-OB-GYN-Obstetrician-Gynecologist or through La Constance Global Center for Health, http://www.laconstancecenterforglobalhealth.com/founder-ceo/ 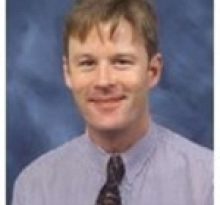