Dr. Gornish is a reputable general surgeon at Atlantic Surgical Group, P.A. with offices in Oakhurst and Brick, New Jersey. He was instrumental in the development of new surgical techniques such as laparoscopic cholecystectomy, sentinel lymph node biopsy, breast cancer and melanoma surgery, and hernia.

Born and raised in Philadelphia, Dr. Gornish graduated from Pennsylvania State University in 1975, and received a Master of Science degree from Drexel University in 1982, after writing a thesis about the nutrition of obesity in the rat model. He received his medical degree from New York Medical College in 1986. He first came to New Jersey to undergo his surgical residency training at Monmouth Medical Center in Long Branch, which he finished in 1992. He has been in private practice with Atlantic Surgical Group, P.A. since the completion of his training.

A Fellow of the American College of Surgeons (FACS) and a member of the Society of Laparoscopic Surgery, the doctor is board-certified in general surgery by the American Board of Surgery (ABS). The ABS is an independent, non-profit organization located in Philadelphia, Pennsylvania, founded for the purpose of certifying surgeons who have met a defined standard of education, training, and knowledge.

Dr. Gornish has served with distinction on numerous hospital-based committees such as Surgical Case Review, Cancer Committee, and the Blood Utilization Committee. He has also served as Chairman of the Department of Performance Improvement at Jersey Shore University Medical Center.

During his career, he has earned several honors, including the 1992 Resident Achievement Award from the Society of Laparoendoscopic Surgeons and the 1991 Cardiovascular Research Award at Monmouth Medical Center for his work on cell-saver techniques in abdominal aortic aneurysm repair. He has also been published in several peer-reviewed journals such as Contemporary Surgery and Journal of Laparoscopic Surgery.

On a more personal note, Dr. Gornish currently resides in Wayside with his wife, Nancy, and children, Brad, Sara, and Alex. 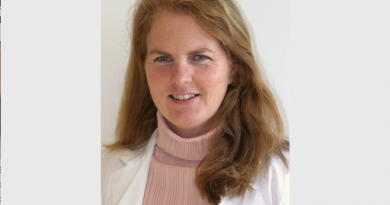