Dr. Nezhat is an internationally renowned laparoscopic and robotic surgeon, obstetrician-gynecologist, scientist, and innovator who has been in private practice more than 20 years in Palo Alto (a suburb of San Francisco), California. He is considered to be the best, most experienced and respected endometriosis surgeon specialist in the world and has performed more endometriosis surgeries than any other surgeon.

Dr. Nezhat  has been called the father of modern-day surgery for inventing and pioneering Video Laparoscopy and Video Assisted Endoscopy Surgery. His developments have revolutionized surgery, and he has been the first to perform many of the most advanced laparoscopic surgical procedures. Early on, he advocated and proved that the majority of the open procedures of the time could be performed via minimally invasive techniques. By doing so, he opened the door for surgeons all over the world to advance the field of minimally invasive surgery and help their patients.

Dr. Nezhat received his medical degree from the Tehran University of Medical Sciences School of Medicine. He completed an internship and residency at Kaleida Health System – M Fillmore, as well as another residency at the University of Buffalo.

Dr. Nezhat is board-certified in Obstetrics and Gynecology by the American Board of Obstetrics and Gynecology (ABOG). The ABOG is a non-profit organization that board certifies obstetricians and gynecologists (OB GYNS) and offers continuing certification to OB GYNS in the United States and Canada. Their mission is to define specialty standards, certify obstetricians and gynecologists, and facilitate continuous learning to advance knowledge, practice, and professionalism in women’s health.

Following the pioneering work in video-assisted endoscopy, Dr. Nezhat and his collaborators have been credited with performing the following procedures for the first time in surgical history: laparoscopic treatment of extensive endometriosis involving multiple organs, laparoscopic bowel resection, ureter resection, diaphragm resection and repair, laparoscopic repair of major retroperitoneal vessels, and so much more. These procedures now serve millions of patients around the world.

Dr. Nezhat is the author of eight text books and several hundred peer reviewed articles and book chapters. He has trained many physicians around the world who have become pillars of their communities. He started teaching postgraduate courses in 1982 and continues to teach and share his knowledge with medical professionals internationally. He has had teaching and leadership roles at many different societies and universities around the world, including the role of an adjunct clinical professor of surgery, and obstetrics and gynecology at Stanford University Medical Center in Palo Alto, California since 1993.

Obstetrics and gynaecology is the medical specialty that encompasses the two subspecialties of obstetrics (covering pregnancy, childbirth, and the postpartum period) and gynaecology (covering the health of the female reproductive system – vagina, uterus, and ovaries). An obstetrician-gynecologist or OB GYN is a doctor who specializes in women’s health.

In 2014, Dr. Nezhat, in collaboration with Society of Laparoendoscopic Surgeons, started the first “Endometriosis Specialist” Subspecialty in Minimally Invasive and Robotic Surgery Fellowship, embracing a multidisciplinary approach. He is the Founder of Worldwide Endometriosis March (EndoMarch), a global grassroots movement with the mission of raising awareness about endometriosis and finding noninvasive diagnostic testing, and ultimately, prevention and treatment (www.endomarch.org). More than sixty countries are involved in this movement.

Dr. Nezhat is the recipient of numerous awards, including Recipient of the 2015 SRS Distinguished Surgeon Award and Recipient of ACOG Fellowship History Award in 2005 – among others. He has been involved in research, teaching, innovating and philanthropic activities while in private practice throughout his professional life. His biggest love is taking care of his patients. 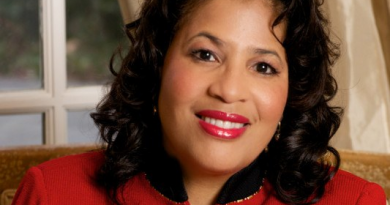 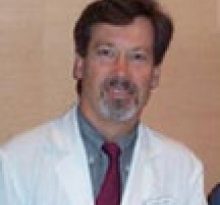 Peter A Kuhl M.D., a Internist practicing in Wyoming, MI

June 13, 2019 Lisa Newton Comments Off on Peter A Kuhl M.D., a Internist practicing in Wyoming, MI