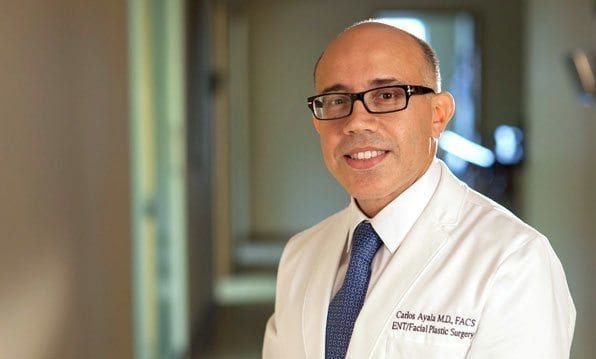 As Dr. Ayala tells it, it was his mother, who moved to New York from Puerto Rico, who instilled in him the drive to achieve his dreams. When he was young, she was diagnosed with Lupus. “I knew I wanted to be a doctor since I was a kid. I went to my mom’s doctor’s appointments with her to translate and learned all the complicated lingo. Though I was born and raised in the Bronx, New York, and learned English in school, I lived in a home where no one spoke English. I decided I wanted to be a doctor because I wanted to help people like my mom. I saw the doctor helping her and thought it was great.” as stated by the doctor.

Entering the Navy after graduating from high school, he worked his way up through the ranks until he obtained a scholarship to college, after which he received his commission as a Navy Officer. When the Navy didn’t have the scholarships available for medical school, Dr. Ayala joined the Air Force, where he finished his medical education.Graduating from UCLA School of Medicine in 1999, he attended Harvard School of Medicine for his internship in general surgery and his residency in otolaryngology.

Competing within the Air Force and against civilian doctors throughout the United States, he was selected to train in the subspecialty of facial plastic surgery in Beverly Hills. Training at the prestigious Beverly Hills Lasky Clinic by taking care of superstars and learning about aesthetics, he worked with UCLA at the VA Hospital and with USC at the LA County Hospital.

A retired Air Force Lieutenant Colonel, Dr. Ayala served his county performing surgery on troops and coalition forces during the Afghanistan War in support of Operation Enduring Freedom. He received a Letter of Appreciation from the President of the United States for his Distinguished Service to the United States and Retirement from the U.S. Air Force.

Otolaryngology is the oldest medical specialty in the United States. Otolaryngologists, also known as ear, nose, and throat doctors, specialize in disorders of the head and neck, ranging from hearing loss, to cancer. Serving the needs of a tremendously underserved population, Dr. Ayala continues to demonstrate his commitment to those most in need and his pursuit to simplify the beauty in each individual. Dealing with allergies, sleep medicine, hearing, and sinus surgery is all part of the medical side. In the plastic surgery side, he not only performs cosmetic surgery, but reconstructive surgery as well.

Through his findatopdoc profile, https://www.findatopdoc.com/doctor/2265761-Carlos-Ayala-Plastic-Surgeon or through Ayala ENT & Facial Plastic Surgery, https://www.texasfaceandnose.com/mcallen-plastic-surgeon-carlos-ayala-md/ 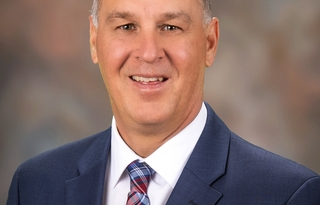 Todd James, DO, a Cardiologist with Grand Valley Cardiology at Community Hospital 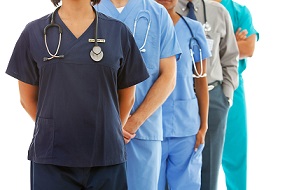