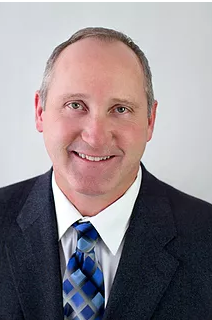 Dr. Dougherty, dual certified in sports medicine and orthopedic surgery, is known world-wide as one of the most-skilled surgeons. He sees patients at Agility Center Orthopedics in Bentonville, Arkansas.

Remaining active in the education and training of current and future sports medicine physicians, Dr. Doughterty is proud to be the official team physician for the Kansas City Royals and Northwest Arkansas Naturals.

With over 25 years of experience, Dr. Dougherty is board-certified in orthopedic surgery and orthopedic sports medicine by the American Osteopathic Board of Orthopedic Surgery (AOBOS). The AOBOS is an organization that provides board certification to qualified Doctors of Osteopathic Medicine who specialize in the medical and surgical treatment of disorders of the musculoskeletal system.

An expert in his field, Dr. Dougherty has pioneered surgical procedures that have been adopted world-wide, as well as has developed the most advanced rehab protocols in the state. His numerous patents and published articles aid surgeons around the world to perform advanced surgeries for their own patients.