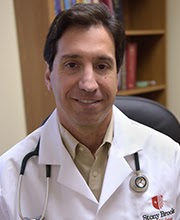 Get to know Obstetrician-Gynecologist Dr. Constantine Bakas, who serves patients throughout the State of New York.

Dr. Bakas is a board-certified obstetrician-gynecologist licensed to practice medicine in New York. Having joined Hamptons Gynecology and Obstetrics in the summer of 2016, he hopes his patients are comforted by his wealth of obstetrical experience, individual patient-centered care, and kind-hearted demeanor.

Hamptons Gynecology and Obstetrics was founded in 1971 to provide high quality, efficient gynecological and obstetrical care to the women of the East End. At the present time, care is provided by eight doctors, three nurse practitioners, and two midwives. They maintain four offices in New York, including Southampton, Riverhead, Hampton Bays, and Center Moriches. The doctors are all on the staff of Southampton Hospital.

The son of Greek immigrant parents, Dr. Bakas grew up in the Hamptons, until going to Rutgers University for undergraduate school. While in college, he was premed and participated in athletics. After graduating with his Doctor of Osteopathic Medicine degree from the New York Institute of Technology College of Osteopathic Medicine in 1988, he went on to further his training. He did a one-year rotating internship and a four year residency in obstetrics and gynecology at Lutheran Medical Center.

Since the completion of his residency, Dr. Bakas has been involved in doing advanced laparoscopic procedures and performing all types of gynecological surgeries. Going into private practice, he founded a prenatal care center in Westchester, New York. There, he provided prenatal care and delivered several thousand patients over the course of twenty-one years.

Throughout his career, Dr. Bakas has been on multiple utilization review and safety committees. He was also a core member of the Obstetrical Safety Initiative with his hospital for three years. 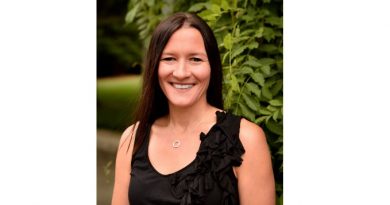