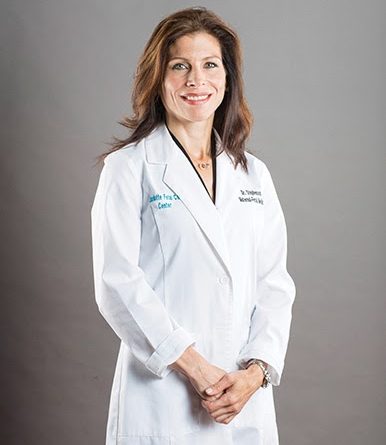 As a former student-athlete and now a board-certified obstetrician-gynecologist & maternal-fetal medicine specialist, Dr. Stephenson knows the value of dedicating herself to a greater goal. She is the Founder of the Charlotte Fetal Care Center (CFCC) at Atrium HealthCare System in North Carolina, bringing fetal surgery to an area of the country which otherwise didn’t exist.

She is now devoted to teaching UNC Chapel Hill’s fetal intervention team the fetoscopic (intrauterine) procedure she pioneered and brought to the southeast. She will also open a new practice in Fort Mill, South Carolina in the fall of 2020.

The doctor has earned international recognition by becoming one of only a few Maternal-Fetal Medicine specialists in the United States who provide life-saving surgery to treat Twin-Twin Transfusion Syndrome in utero, a condition that is fatal to fetuses in nearly all cases if left untreated. As the only center in the Southeast that offers fetoscopic surgery to treat this condition, Dr. Stephenson and her team can reverse outcomes for fetuses who would otherwise not survive life after birth.

Born and raised in Fairfield, Connecticut, Dr. Stephenson earned her Bachelor of Science degree in Pre-Medicine from Fairfield University, after which she went on to obtain her Doctor of Osteopathic Medicine degree from the New York College of Osteopathic Medicine in New York City in 1997. She served her residency in obstetrics and gynecology at New York Methodist Hospital, followed by her fellowship in maternal-fetal medicine at the New York University School of Medicine.

Committed to her field, she is board-certified in obstetrics and gynecology & maternal-fetal medicine by the American Board of Obstetrics and Gynecology, which is a non-profit organization that provides board certification for practicing obstetricians and gynecologists in the United States and Canada.

In October of 2007, under the mentorship of a world-renowned pediatric and fetal surgeon, Dr. Timothy Crombleholme, Dr. Stephenson undertook an extensive training program in the treatment of Twin-Twin Transfusion Syndrome (TTTS) by fetoscopic laser ablation at the Cincinnati Fetal Center. With an ever-present desire to learn and grow, she traveled back and forth for years to Cincinnati and returned to Charlotte to open CFCC, the first of its kind in the region, in 2010. She was the first woman in the United States to open her own fetal surgery center.

Since then, she has treated hundreds of fetuses in utero and surgically treated close to 300 fetuses for TTTS with survival rates of over 92%. Both Dr. Stephenson and Dr. David Iannitti (hepatopancreaticobiliary surgeon) performed the first ever microwave ablation procedure during pregnancy to save fetuses losing blood to an acardiac mass, known as TRAP sequence.

Maternal-Fetal Medicine, also known as perinatology, is a branch of medicine that focuses on managing health concerns of the mother and fetus prior to, during, and shortly after pregnancy. Maternal-fetal medicine specialists are physicians who subspecialize within the field of obstetrics.

Over the past decade, Dr. Stephenson has consistently been recognized as a “Top Doctor”, both locally and nationally, with over 30 awards. Additionally, in 2015, she was recognized as one of the 50 Most Influential Women in Charlotte.

Many of her patients express how grateful they are to her for giving their babies a second chance at life. One patient, Meghan Hampton, is especially appreciative for the doctor’s care. Meghan first came to Dr. Stephenson after learning she had a high-risk pregnancy with twins. In 2010, she delivered one baby, Scotlynn, who spent 10 weeks in the Neonatal Intensive Care Nursery (NICN) at Levine Children’s Hospital fighting for her life. Sadly, Scotlynn’s twin sister, Katelynn, did not survive. Thanks to Dr. Stephenson’s expertise and the NICN team at Levine Children’s Hospital, Scotlynn is now a vibrant young girl enjoying life with older sister Ella and younger brother Jake. The Hamptons, grateful for the world-class care they received at CFCC and Levine Children’s, were inspired to give back and founded the Cottie and Cake Fund to honor the memory of their daughter.

“The Cottie and Cake Fund is very special and near-and-dear to my heart.” as stated by Dr. Stephenson. With their support, she is growing her practice to reach more families and save more lives. In addition to providing medical equipment for the CFCC, the Cottie and Cake Fund supplies funding for patient services and improvements to the NICN at Levine Children’s Hospital.

Crediting her student-athlete experience with instilling the values of perseverance and focus, qualities that continue to serve her well, Dr. Stephenson urges today’s class of student-athletes to learn from every opportunity. “Success is in the process. You’re a winner when you show up every day and work hard. Leave no room for luck. If it doesn’t lead you to where you want to be after all that, then you can be at peace knowing you gave it your all” she stated.

Through her findatopdoc profile, https://www.findatopdoc.com/doctor/321153-Courtney-Stephenson-OB-GYN-Obstetrician-Gynecologist 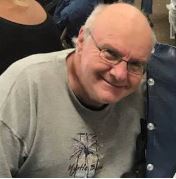