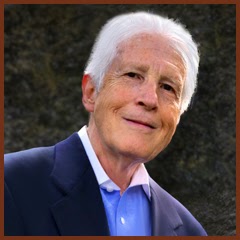 Mr. Lauer, a specialist in voice building and vocal rehabilitation, has been teaching, singing, and doing vocal therapy for the past forty-one years. His students have performed in a variety of venues, including regional United States, European, and Scandinavian opera houses, major New York City recital halls, and with major orchestras worldwide.

In private practice in New York City, his vocal therapy has had success with many professional artists, including singers, actors, voiceover specialists, television and radio performers, classroom teachers of all kinds, pastors, rabbis, and lawyers as well. He also works with professionals pre & post-surgery or if possible, to help avoid surgery.

In 1970, Mr. Lauer graduated with his Master of Music in Voice Performance from Michigan  State University. Years later, in 1993, he earned his Master of Science degree in Speech / Language Pathology from Hunter College, where he received the High Honor Student Award.

For over fifteen years, he collaborated with Oren Brown, one of the leading voice therapists in America, treating a variety of voice disorders. In his six month internship at Manhattan Eye, Ear, and Throat Hospital, he provided diagnostic and therapeutic services to adults, including post-surgical laryngeal rehabilitation and voice restoration as well as neurological and common voice disorders. In addition, he taught at Concordia College (nine years) and Nassau Community College (one year guest appointment).

Currently, Mr. Lauer is giving voice instruction at The Belz School of Jewish Music at Yeshiva University where he has been since 1996. He has also taught singing at Hofstra University for twenty-three years where he gave classes in vocal pedagogy, and vocal repertoire and diction.

In order to stay up to date in his field, he remains a member of several professional organizations. These include: the American Speech–Language–Hearing Association and the National Association of Teachers of Singing.

Renowned for his expertise, Mr. Lauer has been a guest instructor at voice seminars in America, Sweden, and Denmark. He has also given master classes in American song at The Norwegian State Academy of Music, and The North Carolina School of the Arts. He has been an instructor in music at Fordham University and St. Nersess’s Armenian Seminary.

Speech-language pathology is a field of expertise practiced by a clinician known as a speech-language pathologist (SLP) or a speech therapist. SLPs treat and diagnose speaking disabilities. They help patients with articulation, stuttering, fluency, the rhythm of speech, and more. Additionally, they may treat patients who have difficulty with language and social skills. Patients see SLPs for a variety of reasons, including relearning language after an accident, overcoming a voice disorder, enhancing social communication skills, as well as improving speaking clarity.

A tenor, Mr. Lauer is an Oratorio Specialist, but has sung for decades in opera, early music, new music, chamber music, and in numerous recitals – on three continents. He is best known for his sensitive and striking interpretation of J.S. Bach, particularly the demanding role of the Evangelist in the Bach Passions. He has sung these roles and other solo Bach repertoire with Musica Sacra, Bethlehem Bach Festival, Bach Society of Kalamazoo, Michigan, International Bach Society, Rhode Island Civic Chorale and Orchestra, Laurel, Maryland Oratorio Society, The Long Island Singers’ Society, Brooklyn Bach Festival, St. Peter’s Chorus and Orchestra, and Concordia College Choir and Orchestra.

Through his findatopdoc profile, https://www.findatopdoc.com/doctor/828324-Darrell-Lauer-Speech-Language-Pathologist or through his website, https://darrelllauervoice.com/ 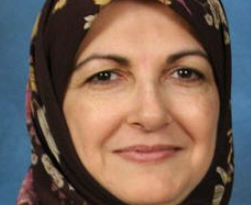 Janan A. Alkilidar, MD, a Diagnostic Radiologist with University of Michigan Health-West