Dr. Racher is also board-certified in internal medicine by the American Board of Internal Medicine (ABIM). The ABIM is a physician-led, non-profit, independent evaluation organization driven by doctors who want to achieve higher standards for better care in a rapidly changing world.

Dr. Racher is a member of the American Academy of Neurology (AAN). Founded in 1948, the AAN now represents more than 36,000 members and is dedicated to promoting the highest quality patient-centered care and to enhancing member career satisfaction.

Neurology is a branch of medicine dealing with disorders of the nervous system. As a neurologist, Dr. Racher deals with the diagnosis and treatment of many categories of conditions and disease involving the central and peripheral nervous systems. He specializes in general adult neurology, including dementia, stroke, spinal disorders, Parkinson’s disease, and electromyography.

Dr. Racher attributes his success to his perseverance. In his spare time, he enjoys bicycling and tropical fishing.

Through his findatopdoc profile, https://www.findatopdoc.com/doctor/8130666-David-Racher-neurologist-Miami-Florida-33176 or through First Choice Neurology, https://www.fcneurology.net/business-directory/809/david-racher-md/ 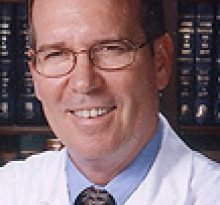