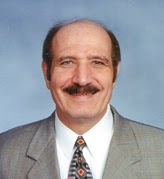 Get to know Ophthalmologist Dr. Emad Nakkash, who serves patients in Michigan.

Being a highly-skilled and experienced ophthalmologist, Dr. Nakkash deals with dry eyes, cataracts, glaucoma, diabetic eyes, crossed eyes, lid abnormalities, macular degenerations, as well as near and farsightedness. He is in private practice, Eye Clinic, with two offices in Hazel Park and Rochester Hills, Michigan.

Treating patients like family, he does not leave the exam room until he has covered everything and his conscience is at comfort. With no exaggeration, patients come from far towns, out of state, and even from Canada and the Middle-East to see Dr. Nakkash. To date, he has performed more than thirty thousand major and minor lids procedures, close to twenty thousand retina laser treatments, about ten thousand glaucoma laser surgeries, and more than five thousand cataract extractions with lens implants.

The doctor’s staff operates with a teamwork effort approach. They get top wages, free health insurance, free lunchtime, paid vacations, paid maternity leaves, and end-of-year bounces. Dr. Nakkash encourages them to pursue higher education. He pays for their tuition and for the hours spent in seminars. He believes that the more knowledgeable his staff is, the better they can serve and educate patients.

Born in Baghdad, Iraq, Dr. Nakkash came from a poor family; but his parents raised their three boys and one daughter with dignity and respect. Being interested in swimming and gymnastics, he earned a diploma in physical education with a minor in psychology from the University of Baghdad, at a younger age than the rest of his peers. He was only nineteen years old – the youngest teacher in Iraq at that time.

After an honorable discharge from the mandatory military service, he was assigned as a gym teacher. Due to a shortage of teachers in Iraq, he was asked to teach other subjects. He chose to teach sciences and mathematics since these were the closest to his profession and interest.    During his very first year of teaching, all his 84 students passed the standardized national baccalaureate exam. He was awarded the certificate of Achieving 100% of Success.

Due to the political unrest, the Nakkash Family left Iraq and immigrated to the United States. At the time, Dr. Nakkash was in his early twenties, with no money or any financial support. He started working in a supermarket and then in construction. Being ambitious, he started attending school and working simultaneously. He obtained a Bachelor of Science degree in Physics and then went to attend the Wayne State University School of Medicine, where he earned his medical degree in 1994.

After medical school, Dr. Nakkash went into a residency in general medicine and surgery. He was accepted in the ophthalmology residency program at Saint Luke Case Western University in  Cleveland, Ohio, where he became Chief Resident in Ophthalmology. Thereafter, he took a special course in Cleveland Clinic and achieved a certificate in treating macular degeneration. He became one of the pioneers in photo-dynamic therapy, utilizing the compound “Verteporfin” to treat the blood vessels of the retina.

After returning to Detroit, he joined Wayne State University Kresge Eye Institute and was awarded the academic degree of Clinical Instructor of Ophthalmology. He was assigned to Sinai-Grace Hospitals to teach the ophthalmology residents. As the private practice grew, he had to reduce the teaching hours but continued attending the Detroit Medical Center Wayne State University educational program to the present time.

Not forgetful of his roots, Dr. Nakkash does not overlook the needy in the society as well. He works with the Lions Club and other charities. He is also a volunteer participant in Eye-Care America, as well as offers free care to those in need at his private practice.

Learn More about Dr. Emad Nakkash:
Through his findatopdoc profile, https://www.findatopdoc.com/doctor/1110445-Emad-Nakkash-Optometrist or through his private practice, http://www.nakkasheye.com/about.html 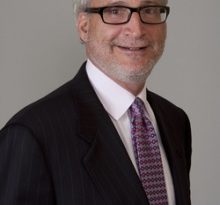