With over 15 years of experience, Dr. Farha is a knowledgeable, independent physician who is passionate about delivering the highest quality of care to incredible patients. He is a devoted general surgeon & vein health specialist, bringing the best and newest vein treatment to Duval and St. Johns County in Florida.

Since January of 2021, he has been serving as an independent contractor with First Coast Surgical Associates. He is also a locum tenens general surgeon and wound care specialist (since June of 2021), and an in house/virtual insurance members evaluator for Signify Health (since September of 2021).

With wound care being 50% of what he practices, Dr. Farha performs wound debridements and myocutaneous flaps for decubitus ulcers and skin grafts. His other areas of interest include laparoscopic and robotic surgery, endovenous ablation of incompetent veins, endoscopy, large ventral hernia repairs with component separation, and percutaneous tracheostomies and PEGs at bedside.

A native of Lebanon, Dr. Farha earned his medical degree from the Saint Joseph University Faculty of Medicine in Beirut in 1999, where he was placed on the Dean’s List consistently and served as a treasurer of the Medical Students Association for two years. Upon relocating to the United States, he completed his internship in internal medicine and his residency in general surgery at the University of Kansas School of Medicine in 2000 and 2005, respectively.

A Fellow of the American College of Surgeons, the doctor is board-certified in general surgery by the American Board of Surgery (ABS). The ABS is an independent, non-profit organization located in Philadelphia, Pennsylvania, founded for the purpose of certifying surgeons who have met a defined standard of education, training, and knowledge.

Board-certified in the state of Florida, Dr. Farha is an attending physician at AdventHealth Orlando, Jacksonville Memorial Hospital (since 2005), Kindred Hospital North Florida (since 2006), and at Curahealth Jacksonville (since 2020).

Phlebology is a branch of medicine concerned with the veins. Vein specialists are trained to recognize symptoms of venous disorders and problems with the circulatory system. Through a comprehensive exam and evaluation, and by utilizing a variety of diagnostic screenings and tests, they can help determine what is causing your symptoms.

Among his most notable achievements, Dr. Farha has been the recipient of the On-Time Doctor Award (2016, 2015), and Compassionate Doctor Recognition (2016).

Happily married, Dr. Farha and his wife have three children. They reside in Jacksonville, Florida.

Speaking several languages, he is fluent in English, Arabic, and French.

Learn More about Dr. Fawzi Farha:
Through his findatopdoc profile, https://www.findatopdoc.com/doctor/2947948-Fawzi-Farha-Surgeon or through AdventHealth Orlando, https://www.adventhealth.com/find-doctor/doctor/fawzi-farha-md-1477532463 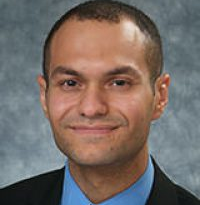 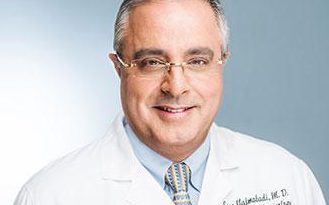 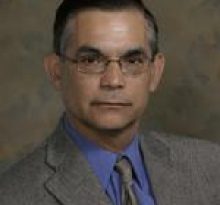