Get to know Nephrologist Dr. John D. Richmond, who serves patients in Georgia.

Dr. John D. Richmond is a now semi-retired, board certified nephrologist & Internal medicine physician and Fellow in the Am. College of Physicians who lives in Dalton, GA. He was/is Dalton’s 1st full-time nephrologist and was the founding physician and President & CEO of Nephrology & Hypertension Specialists, PC, a single specialty physician group, founded on 1984 until his retirement from full-time practice in 2014. Despite his retirement and the retirement of 1 other of the senior physicians, that nephrology practice is still a 4 nephrologist, 3 nurse practitioner thriving practice, supervising 3 dialysis facilities in NW GA. Before re-locating to Dalton, he practiced nephrology for nearly 2 years (1982-84) in his home town of Beckley, WV, as its first full time nephrologist. He was at that time an associate physician with the Charleston Renal Group and Dr. Mary Lou Lewis, the state’s first Nephrologist. He is now working part-time, 2-3 days a week, as a general internist at an urgent care & family practice center in Dalton, while traveling as much as he and his wife Agnes can afford.

Dr. Richmond completed his bachelor’s degree at WVU in 1970 before earning his MD degree at WVU in 1974. While on the Morgantown campus, he served in the student legislature for 3 years, was president of his Delta Tau Delta Fraternity pledge class, then chapter vice-president, before then being elected President of the Student Body 1969-70. He was also elected to Mountain, WVU’s highest honorary, as a junior student. Following medical school, he completed his internal medicine internship at Presbyterian-St. Luke’s Medical Center in Denver, CO, in June 1975. He then went on active duty in the Navy Medical Corps from July 1975 to June 1978. While on active duty, he trained as & served as a Flight Surgeon/Aerospace Medicine Specialist, mostly on board the USS Nimitz, the world’s largest ship, serving the Mediterranean theatre, but was based in Jacksonville, FL. Following his active duty in the Navy, in July of 1978, he continued in the Navy Reserves until 1980, while further pursuing medical training at the University of Virginia in Charlottesville to complete his Internal Medicine residency and his Nephrology fellowship by 1982.

In Dalton, he has served on the Board of Directors of the Dalton-Whitfield Chamber of Commerce, was selected of the 2nd class of Leadership Dalton, served as President of the Whitfield Co Medical Society, president of the Medical Staff of Hamilton Medical Center & later board member of the hospital, and was selected as Professional of the Year, 1993, by the Chamber of Commerce & happened to be the first physician in Dalton to be so honored. He was a founding member of Georgia Society of Nephrology, served on its board for multiple years & was the Society’s state president 1998-2000. He has been selected to various Who’s Who societies, granted the “Top Nephrologist” award by “Top Doctor Awards” several years, the latest 2019 & “Top Nephrologist” award by the International Assoc. of Healthcare Professionals in 2018. He has proudly served in the Rotary Club of Dalton since 1985 in multiple capacities, including president in 2010-11, GRSP Host Family 2013-14, District GRSP Trustee 2014-20 & now selected as a District Director for 2020-23. Rotary Club of Dalton has honored Dr. Richmond with the Lee Arrendale Award for Vocational Excellence in 2013 and the Robert Stubbs Award for Ethics in 2018. He is a multiple Paul Harris fellowship awardee & GRSP fellowship awardee, currently working on the Jake Cheatum level. While he continues to be very involved with his Rotary Club, he also volunteers his medical expertise as a nephrologist at the county health department, looking after a clinic of patients there 1 day a month for nearly 20 years. He serves on/has served on multiple community volunteer boards over the years. He has been nearly a lifetime Presbyterian and a longtime member of the Dalton Golf & Country Club. He serves as chairman of the Credentials Committee for Alliant Health Plans, a for-profit healthcare insurance company in Georgia. He has the thankless job of being President of his neighborhood Homeowners Assoc., now going on 2 years!

He is married to Agnes, a part-time marketing specialist working from home, so she can travel with her husband. She gladly retired from the hospital corporate marketing arena. John is the father of 2 adult sons, Andrew, 34, now married and working as a CPA & Family Financial Planner in Atlanta and John M, “Mac,” 30, recently engaged, and working as a salesman in the flooring industry in Charlotte. Both are .graduates of Clemson University. He is step-father to Mason, 20, of Chattanooga and Liz, 23, a 3rd year student at Savannah College of Art & Design on the Savannah campus.

Through his findatopdoc profile, https://www.findatopdoc.com/doctor/1417263-John-Richmond-Nephrologist-Kidney-Specialist 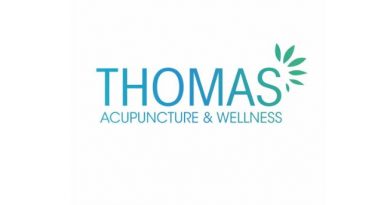 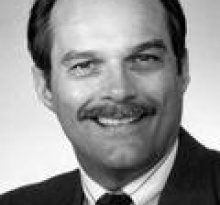