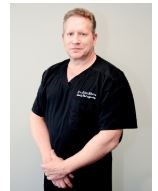 Dr. Miklos is a world-renowned, board-certified urogynecologist. He has led the way in performing many laparoscopic vaginal procedures, and was one of the first surgeons in the country to perform procedures such as: sacrocolpopexy, paravaginal repair, burch urethropexy, enterocele repair, vesicovasginal fistula repair, and sciatic hernia repairs. Furthermore, he has more training in various types of reconstructive vaginal surgery than just about anybody in the entire world.

Dr. Miklos is the first fellowship-trained urogynecologist/laparoscopic surgeon to receive subspecialty training in aesthetic vaginal reconstructive surgery. This unique melding of multiple fellowships and training has made Dr. Miklos one of the most sought after surgeons in the world for laparoscopic (mini-incision) reconstructive vaginal surgery, as well as for cosmetic vaginal surgery.

Dr. Miklos is currently serving patients at Miklos & Moore Urogynecology, a practice operated by himself and Dr. Robert M. Moore – an internationally recognized laparoscopic and vaginal reconstructive surgeon. It is one of the busiest centers for teaching, research, and surgery in the country.

The pursuit for a better quality of life for his patients has led Dr. Miklos to investigate, research, study, and employ surgical techniques for a much desired and requested line of therapy known as aesthetic (cosmetic) vaginal surgery, or vaginal rejuvenation. This training has allowed him and Dr. Moore to round out their discipline of vaginal reconstructive surgery and offer all modalities of therapy for patients with various expectations and requests.

Dr. Miklos is a graduate of the Medical University of South Carolina where he received his Master of Science Degree in 1985, followed by his Medical Degree in 1989. He then completed his traditional four-year residency in obstetrics and gynecology at Hahnemann University Hospital in Philadelphia, Pennsylvania, in 1993. Thereafter, he went on to complete a two-year fellowship in urogynecology and reconstructive vaginal surgery in Cincinnati, Ohio. In 1995, after the completion of his fellowship training, Dr. Miklos relocated to Atlanta, Georgia, where he was named the Director of Urogynecology and Reconstructive Vaginal Surgery at Atlanta Medical Center. Despite being named an authority in his field that year, he chose to further develop his understanding of minimally invasive surgery and female pelvic anatomy.

Dr. Miklos was one of the first surgeons to do the TVT Sling (1998), TOT Sling (2002), and Laser Vaginal Rejuvenation (2003). Many of these surgeries are now the “Gold Standard” in vaginal reconstruction today.

Dr. Miklos is the recipient of many nationally and internationally recognized awards, including America’s ‘Best Doctors Award’ and Castle Connolly ‘Top Doctor Award’ – among others.

Due to Dr. Miklos’ research and academic resume, he is often asked to teach and write about cosmetic vaginal surgery in order to add legitimacy to the discipline. He has written more than 300 scientific papers, abstracts and book chapters.

Urogynecology is a subspecialty of gynecology. A urogynecologist, like Dr. Miklos, manages clinical problems associated with dysfunction of the pelvic floor and bladder. Dr. Miklos has performed surgery in operating rooms all over the globe and has taught surgeons from world-renowned institutions such as the Cleveland Clinic, Mayo Clinic, Harvard, and Oxford Universities.

Through his findatopdoc profile, https://www.findatopdoc.com/doctor/3335659-John-Miklos-Doctor or through Miklos & Moore Urogynecology, https://www.miklosandmoore.com/cosmetic-vaginal-surgeons-atlanta/#miklos 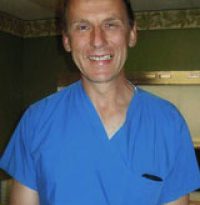