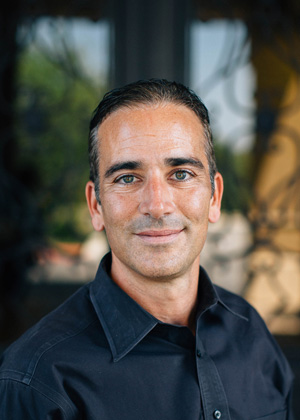 An exceptional otolaryngologist, Dr. Jackson focuses his practice in the field of otology/neurotology, which includes treatment of all aspects of the ear, including hearing loss, dizziness/balance disorders, and allergies. He performs both medical and surgical treatment for ear conditions for both children and adults at the Ear Institute of Texas, and Voice & Swallowing Institute of Texas.

The Ear Institute of Texas, and Voice & Swallowing Institute of Texas offers advanced testing techniques to evaluate ear/vestibular/balance disorders. Surgeries performed including repair of tympanic membrane perforations, repair of ossicles (ear bones), stapedotomy, mastoidectomy (such as for cholesteatoma), resection of skull base tumors (such as acoustic neuromas), and placement of implantable devices for hearing (such as cochlear implants and bone anchored hearing aids).

A native of San Antonio, Dr. Jackson attended the Massachusetts Institute of Technology (MIT) where he received a Bachelor of Science degree in electrical/bioelectrical engineering. While there, he performed extensive research in biomedical signal processing, modeling of bioelectric systems, and computer technology, which he applies to continued research in the field of otology/neurotology.

He was granted a full tuition scholarship to attend medical school at Washington University in St. Louis. While there, he was elected to the Alpha Omega Alpha Medical Honor Society, an honor bestowed to those in the top of their medical school class. He completed his residency in otolaryngology at Stanford University, where he and his family enjoyed experiencing the San Francisco Bay Area. He completed a postgraduate fellowship in otology and neurotology at the Ear Research Foundation in Florida.

Recognized as a Fellow of the American College of Surgeons (FACS), the doctor is board-certified in otolaryngology and otology/neurotology by the American Board of Otolaryngology-Head and Neck Surgery, which serves the public by ensuring that diplomates meet the standards of training, knowledge, and professionalism through initial and continuing certification.

After completing his fellowship and before moving back to San Antonio, Dr. Jackson remained at the Ear Research Foundation as Director of Medical Education, enjoying the opportunity to teach physicians in training and perform research. He has also worked as an electrical engineer designing computer processors at Sun Microsystems and Texas Instruments, as a biomedical engineer heading projects in industry, and as a medical consultant for a start-up company. He continues to utilize his engineering background for application toward development of medical techniques and devices.

A keen researcher, he has published many medical journal articles, written text book chapters, and presented at many national meetings. He regularly teaches at an internationally advertised course for otology/neurotology in order to train other doctors in his specialty from around the world. He has published in the prestigious New England Journal of Medicine. His research has culminated in the publication of a textbook entitled “Minimally Invasive Otological Surgery”, which he co-authored.

In November 2010, the Journal of Laryngology and Otology published the article, “Noise Exposure in Convertible Automobiles,” which he wrote in conjunction with the St. Louis University School of Medicine and the University of Texas at San Antonio, and as a result he was interviewed and the conclusions were featured in Men’s Health Magazine.

Otolaryngology is the oldest medical specialty in the United States. Otolaryngologists, also known as ear, nose, and throat doctors, specialize in disorders of the head and neck, ranging from hearing loss, to cancer.

Referred by his peers as one of the top doctors in San Antonio on numerous occasions, Dr. Jackson has been included on lists such as Texas Super Doctors, Best Doctors, San Antonio’s Top Doctors, America’s Top Doctors, and has been the recipient of the Compassionate Doctor Recognition (2018, 2016, 2015), and Patients’ Choice Award (2018).

On a more personal note, he has coached all three of his children in soccer, enjoys fitness, and has run numerous half-marathons and marathons. He has completed medical missions with his family in Honduras to provide much-needed medical care and education. 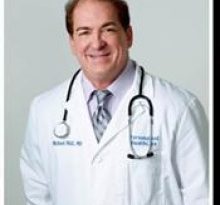 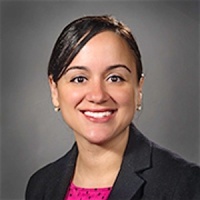 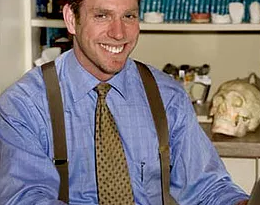