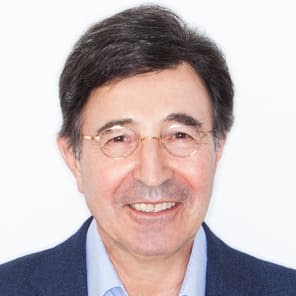 Dr. Waner, a pediatric facial plastic surgeon, is an internationally recognized expert and a pioneer in the surgical management of hemangiomas and vascular malformations. He is the Director of the Vascular Birthmark Institute of New York, which he founded alongside Dr. Alejandro Berenstein.

Accumulating a wealth of experience, the doctor duo has combined their talents and extensive experience to develop new techniques for the management of some of the most difficult hemangiomas and vascular malformations. At the Vascular Birthmark Institute of New York, they diagnose and treat children and adults suffering from the following conditions: vascular tumors, vascular malformations, hereditary hemorrhagic telangiectasia, as well as other vascular and congenital birthmarks. It is their mission to continue to provide world-class, state-of-the-art care in the diagnosis, treatment, management, and research of all vascular birthmarks.

Following his training, he accepted a faculty position in the Department of Surgery at the University of Sydney in Australia. In 1988, he left Australia to join the faculty of the Department of Otolaryngology at the University of Arkansas for Medical Sciences. In 2001, he was promoted to the rank of Professor in the said Department. He also held the Benjamin and Milton Waner Endowed Chair in Pediatric Facial Plastic Surgery at Arkansas Children’s Hospital.

Subsequent to his education, the doctor became board-certified in both general surgery and vascular surgery by the American Board of Surgery, an independent, non-profit organization located in Philadelphia, Pennsylvania, founded for the purpose of certifying surgeons who have met a defined standard of education, training, and knowledge. He also attained fellowship status with the College of Surgeons of South Africa: FCS(SA) and the American College of Surgeons (FACS).

Considered a world authority in hemangiomas and vascular malformation, Dr. Waner has authored and co-authored well over 100 peer-reviewed articles, 37 book chapters, and 3 textbooks concerning hemangiomas, vascular malformations of the head and neck, and related topics. His work has been cited about 6,000 times in world literature.

Having been at the forefront of many breakthroughs, he promoted early intervention for children with hemangiomas and developed many surgical approaches to the treatment of hemangiomas and vascular malformations. He was the first to recognize the difference between focal and segmental hemangiomas and was a co-author on the paper that described the first immunohistochemical marker for hemangiomas, GLUT1. He was also a pioneer in the development of the medical applications for copper vapor lasers and has remained at the forefront in both clinical and basic science research in the field of lasers in medicine.

Holding numerous US and international patents on medical devices, one of Dr. Waner’s most recent inventions is a pair of infrared glasses that can visualize veins through intact skin. This instrument and others similar to it are now being used in hospitals throughout the world.

Pediatric plastic surgery is plastic surgery performed on children. Its procedures are most often conducted for reconstructive or cosmetic purposes. Pediatric facial plastic surgeons treat children from birth through young adulthood with issues such as skin lesions and tumors, facial fractures, vascular abnormalities, and others.

In honor of his clinical expertise, Dr. Waner is the recipient of numerous awards, including an Honor Award presented by the American Academy of Otolaryngology-Head and Neck Surgery and the Children’s Miracle Network Achievement Award. He is consistently included in several lists of top physicians, including America’s Top Doctors, The Best Doctors in America, and The Best Doctors in New York. Even a tugboat operating in New York harbor was named after him.

Through his findatopdoc profile, https://www.findatopdoc.com/doctor/3265908-Milton-Waner-Ear-Nose-and-Throat-Doctor-ENT or through the Vascular Birthmark Institute of New York, https://www.vbiny.org/meet-us/milton-waner-md/