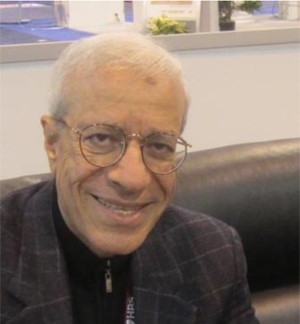 Over the past 20 years, he and his staff have implanted defibrillators in hundreds of patients at risk of sudden cardiac death. However, only about a third of these patients are saved from arrhythmic death thanks to the devices; the majority of them eventually die from other causes, sometimes years later, without the device ever having been activated. Dr. El-Sherif says he hopes his team’s work will lead to better ways to stratify these patients so the expensive devices and implantation procedures can be used only for those patients who will likely actually benefit from them.

Professionally, the doctor is also affiliated with multiple hospitals in the area, including NYC Health and Hospitals-Kings County. He also serves as a Professor of Medicine and Physiology at the State University of New York (SUNY), Downstate Medical Center.

After earning his medical degree from the Faculty of Medicine, Cairo University in Egypt, Dr. El-Sherif completed his postgraduate training at Cairo University Hospitals before relocating to the United States. There, he completed his residency in Cardiology at Mount Sinai Medical Center in Miami Beach, Florida. Before long, he earned board certification in Internal Medicine,  Cardiovascular Disease, and Cardiac Electrophysiology by the American Board of Internal Medicine – a physician-led, non-profit, independent evaluation organization driven by doctors who want to achieve higher standards for better care in a rapidly changing world.

For the last 45 years, his research has been consistently supported by federal and non-federal grants and has dealt with the link between molecular biology, ion channel physiology, cellular electrophysiology, and clinical presentations of cardiac arrhythmias. He has published over 500 peer-reviewed manuscripts, reviews, and book chapters, as well as edited 9 books in the field of cardiac arrhythmias; the latest has been the 2019 book on cardiac repolarization, basic science, and clinical management. What’s more, Dr. El-Sherif has received several honorary awards, including the 2007 Outstanding Achievement Award from the European Cardiac Arrhythmia Society, the 2010 Pioneer of Cardiac Pacing and Electrophysiology from the Heart Rhythm Society,

Importantly, Dr. El-Sherif has been nominated for the 2016 distinguished scientist award by the American College of Cardiology, long considered the top award in the field of Cardiology. Dr El-Sherif was particularly cited for his “translational science”. In a medical research context, translational science aims to “translate” findings in fundamental research into medical practice and meaningful health outcomes. Towards that goal, Dr. El-Sherif has made several seminal contributions to improve the management of cardiac rhythm disorders.

Dr. El-Sherif’s early studies on the canine post-infarction model resulted in the description of the “figure-of-eight” reentrant circuit. This was later confirmed in clinical studies where surgical or electrode catheter ablation of the slow common pathway of the figure-of-eight circuit was utilized as a therapeutic measure in appropriate patients. His experimental studies in the canine pericarditis atrial flutter model contributed to identifying the atrial flutter circuit isthmus by showing that ablation of the slow zone of the circuit between the inferior vena cava and tricuspid ring resulted in the termination of atrial flutter. This became the basis of the successful technique of radiofrequency ablation of atrial flutter circuit in the clinical setting. Other studies have provided a significant understanding of the electrophysiological mechanism of torsade de pointes arrhythmias in both the congenital and acquired long QT syndrome. He described the AP-A model of long QT syndrome, which accurately simulates the clinical LQT3 syndrome, long before the report of the first patient with LQT3. This was a rare example where an experimental model predates the discovery of the clinical syndrome. Dr. El-Sherif basic and clinical studies have contributed toward the introduction of T-wave alternans and signal-averaged electrogram to clinical practice as non-invasive markers of ventricular electrical vulnerability. His recent basic research involves studies of post-infarction signal transduction pathways as targets of novel therapeutic interventions in post-infarction patients.

Many of Dr. El-Sherif’s publications have been highly valued and widely quoted. For example, his calcium-centric mechanism of arrhythmia during acute ischemia based on oscillatory responses of intracellular calcium was published in Heart Rhythm Journal in 2006 and was later awarded the basic science paper of the year during the 2007 Heart Rhythm Society annual meeting.

In summary, to quote Dr. Douglas Zipes concluding remark during his presentation of the Heart Rhythm Society 2010 Pioneer of Cardiac Pacemakers and Electrophysiology: “Dr. El-Sherif has been and continues to be the quintessential clinician/scientist in cardiac electrophysiology.”

Through his findatopdoc profile, https://www.findatopdoc.com/doctor/3331101-Nabil-El-Sherif-Cardiac-Electrophysiologist 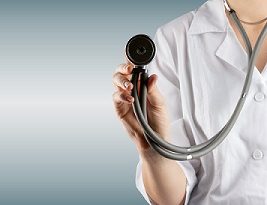 Joseph W Auxier DO, a Internist practicing in Lincoln, NE

February 21, 2019 Robert Hall Comments Off on Joseph W Auxier DO, a Internist practicing in Lincoln, NE