Get to know Obstetrician-Gynecologist Dr. Angeline Beltsos, who serves the Chicago area at her private practice, Vios Fertility Institute and several local hospitals.

Currently, Dr. Beltsos serves as the the CEO and Medical Director of Vios Fertility Institute. Additionally, she serves several area hospitals, including Advocate Illinois Masonic Medical Center and Advocate Lutheran General Hospital, among others. Dr. Beltsos is also the Clinical Research Division Director of Vios and participates in a number of research projects and scientific publications. She has received numerous awards in teaching and has been honored as “Top Doctor” from Castle Connelly for several years.

Dr. Beltsos is a popular speaker, both nationally and internationally, and a frequent media resource on the topic of infertility. She currently serves as the executive chairperson for the Midwest Reproductive Symposium International, an international conference of fertility experts. Also, Dr. Beltsos is a Clinical Assistant Professor for the Department of Obstetrics and Gynecology at University of Illinois at Chicago, which allows her to train the next generation of medical professionals.

Obstetrics and gynecology is a broad and diverse branch of medicine that emcompasses two subspecialities: obstetrics (covering pregnancy, childbirth, and the postpartum period) and gynecology (covering the health of the female reproductive system). Obstetrician-gynecologists (OB/GYN) are physicians who possess special knowledge, skills and professional capability in the medical and surgical care of the female reproductive system and associated disorders. This enables them to serve as consultants to other physicians and as primary physicians for women.

Dr. Beltsos has been featured in local and national news due to her expertise in the field. When she required the assistance she had been giving patients due to infertility, she was featured in CBS News and the Chicago Tribune. Dr. Beltsos understands her patients because she has been in their shoes–in need of the same treatments she practices. This allows her to truly empathize with and understand the problems her patients encounter on a daily basis.

Through her FindATopDoc.com Profile: https://www.findatopdoc.com/doctor/2202894-Angeline-Beltsos-ob-gyn-obstetrician-gynecologist-Glenview-IL-60026. She can also be reached through her clinic’s website: https://viosfertility.com. Her phone number is: 773-435-9036. Dr. Beltsos is based out of Chicago, Illinois. 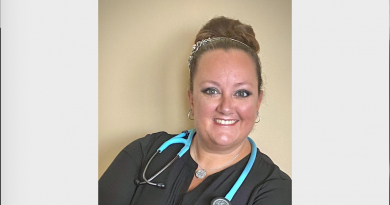