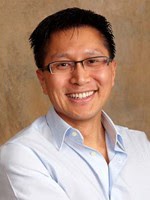 Dr. Lin is an experienced obstetrician-gynecologist who joined the Diagnostic Clinic of Longview in Texas in 1999. He is proficient in the full range of obstetrics and gynecology & infertility, including both low-risk and high-risk obstetrics. He also takes a special interest in the treatment of fibroids and minimally invasive surgery with training in laparoscopy, hysteroscopy, and robotic surgery.

Diagnostic Clinic of Longview is a multi-specialty physician group practice that includes 18 locations, more than 90 physicians, and 30 mid-level providers, serving the Longview area since 1975. The principal focus of the practice is in the delivery of primary care services, as well as 16 medical subspecialties. Such services include pediatrics and adolescent medicine, obstetrics/gynecology, as well as family practice and internal medicine.

Growing up in Dallas, Dr. Lin graduated with honors with a Bachelor of Arts degree in Biology from the University of Texas, Austin in 1991. He then went on to receive his medical degree from the University of Texas Southwestern Medical School in 1995. He remained in Dallas to complete his internship and residency in obstetrics and gynecology at Dallas Parkland Memorial Hospital.

Outside of the office, Dr. Lin enjoys spending time with his wife and 2 busy children and his fluffy cat.

Through his findatopdoc profile, https://www.findatopdoc.com/doctor/1035173-Paul-Lin-OB-GYN-Obstetrician-Gynecologist or through the Diagnostic Clinic of Longview, https://www.dcol.net/provider/paul-lin-m-d-facog/ 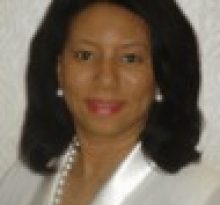