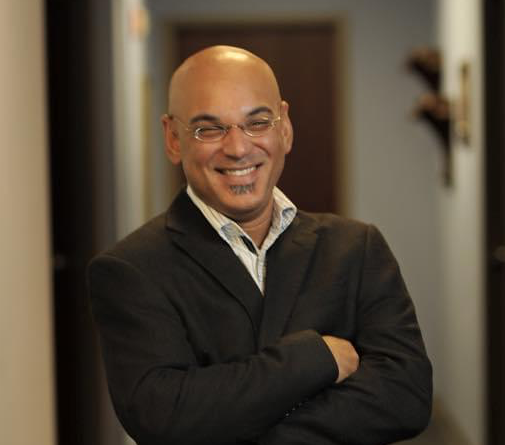 Get to know Neonatologist Dr. Richard Moraille, who serves patients in Columbus, Ohio.

Recognized as a caring and compassionate neonatologist, Dr. Moraille is affiliated with Nationwide Children’s Hospital & Central Ohio Newborn Medicine. Spending time caring for children as a general pediatrician early in his career, he brings that experience, along with a wide and varied knowledge base, to his patients and to his practice.

In addition to specializing in neonatal-perinatal medicine, the doctor has an extra interest in medical informatics. He serves on hospital committees involved in optimizing both the patient care and clinician experience in the increasingly digital world of health care. This extra training and previous experience with neonatal pain management informs his patient care approach, which is more minimalistic. When he sees a baby taking multiple medications, he does his best to figure out how to do more with less.

Born and raised in Puerto Rico, Dr. Moraille graduated with his medical degree from the Ohio State University College of Medicine in 1997. He then went on to complete his residency in pediatrics at the Wright State University in 2000, followed by a fellowship in neonatal-perinatal medicine and pulmonary biology at the Cincinnati Children’s Hospital Medical Center in 2004.

Passionate about his profession, he is board-certified in neonatal-perinatal medicine and pediatrics by the American Board of Pediatrics (ABP). The mission of the ABP is to advance child health by certifying pediatricians who meet standards of excellence and are committed to continuous learning and improvement.

Neonatology is a subspecialty of pediatrics that consists of the medical care of newborn infants, especially ill or premature newborns. It is a hospital-based specialty and is usually practiced in neonatal intensive care units. Neonatologists generally diagnose and treat newborns with conditions such as breathing disorders, infections, and birth defects, as well as coordinating care and medically managing newborns born prematurely, critically ill, or in need of surgery.

Voted among “America’s Best Doctors” since 2007 by Best Doctors, Inc., Dr. Moraille enjoys giving lectures throughout the year, including to Neonatal Nurse Practitioners and Family Medicine Residents in training.

On a more personal note, he lives in Worthington with his wife, a consultant specializing in housing and community development programs, his son, and his wire-haired Dachshund, Max. In his free time, he enjoys getting involved with local nonprofits and has previously served on the Board of Easter Seals of Central and Southeast Ohio. He also loves live music, art, good food and good wine. He is fluent in both English and Spanish, and can also speak conversational French.