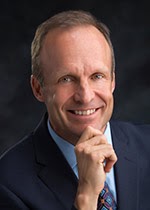 He plays a key leadership role in championing excellence across the UNM Health Sciences Center, and is charged with developing and guiding the implementation of HSC strategic plans and programs. He also directly reports to the chancellor, and works with an extensive group of campus colleagues in: promoting campus-wide academic and research initiatives, defining budgetary and development priorities, developing a variety of economic development initiatives, as well as overseeing non-college, affiliated centers; the library; the HSC CIO’s office; and other EVC offices.

As a senior executive, scientist, professor, business leader, and physician, it has been Dr. Larson’s pleasure to build higher education and healthcare for more than two decades. In that time, he has played a key role in UNM’s growth into an institution with a world-class research mission, new educational initiatives, robust community and commercial partnerships, and the region’s largest Health Sciences Center.

During his time at UNM Health Sciences Center, Dr. Larson has also held academic posts including Assistant Professor (1996 – 2002), Associate Professor (2002 – 2006), and Professor of Pathology (2006 – present). He has maintained a consistent record of academic output, including authoring or contributing to 120+ peer-reviewed articles and editing three bioscience texts. Over that period, he has received 60+ extramural research grants.

Regarding his educational background, Dr. Larson obtained his medical degree from Harvard Medical School in 1990. He then went on to perform his residency in clinical pathology and his fellowship in hematopathology at Vanderbilt University School of Medicine in 1994 and 1996, respectively.

Licensed to practice medicine in New Mexico, he is board-certified in anatomic and clinical pathology by the American Board of Pathology (ABPath). The mission of the ABPath is to promote the health of the public and advance the practice and science of pathology by establishing voluntary certification standards and assessing the qualifications of those seeking to practice the specialty of pathology.

Among his volunteer experience, Dr. Larson and his wife founded Cancer Services of New Mexico, a nonprofit organization that helps more than 1200 New Mexicans annually suffering with cancer, free of charge. Its advisory board includes representatives from private and public oncology groups throughout New Mexico – close to 20 private practice groups/clinics in total. 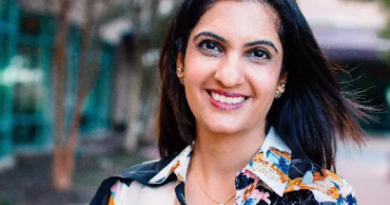