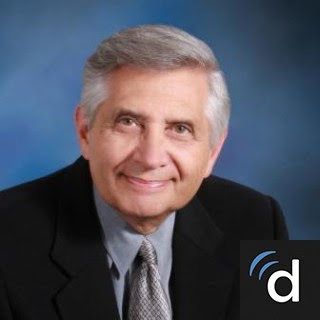 Dr. Spagnolo, a world-renowned pulmonologist & Professor Emeritus of Medicine, recently retired from the Washington DC VA Medical Center & the George Washington University Medical Faculty Associates after fifty years of service. Forty-seven of those years occurred at the VA-DC facility, following two years on active duty with the United States Public Health Service during the build-up for the war in Vietnam.

As a clinician, Dr. Spagnolo has a worldwide reputation as a therapist and consultant. In 1981, he served as the medical chest consultant in the care of President Ronald Reagan following the attempted assassination. He was also a consultant in the care of Pope John Paul following the attempted assassination. His involvement was reviewed in Mortal Presidency by Robert Gilbert, Basic Books, New York, NY, 1992 & on Fox News Sunday

As a medical consultant, he has served an international patient community in Europe and the Middle East. His consulting activities are numerous and have included the Will Rogers Institute and the Walter Reed  Army Medical Center. He has also served as a consultant to the White  House physicians, Drs. Burton Lee and Lawrence Mohr, Jr. during the presidency of George Bush.

Born in Pittsburgh, Pennsylvania, Dr. Spagnolo received his undergraduate degree from Washington and Jefferson College. He then earned his medical degree from the Lewis Katz School of Medicine at Temple University.

He professionally trained in internal medicine at Boston City Hospital & the Veterans  Administration Hospital. Subsequently, he was a Harvard Fellow in Pulmonary Diseases at Massachusetts General Hospital. His military service as a US Public Service Officer was spent at the Center for Disease Control in Atlanta, Georgia.

With a commitment to excellence, he is board-certified in internal medicine and pulmonary disease by the American Board of Internal Medicine (ABIM). The ABIM is a physician-led, non-profit, independent evaluation organization driven by doctors who want to achieve higher standards for better care in a rapidly changing world.

As a researcher, he has directed major research projects funded by foundations and grants. He has testified before the US Congress on various issues related to health care policy and quality of care. He has also supervised the publication of numerous medical journal publications, three textbooks, and a number of book chapters.

His long and distinguished academic career and his dedication to clinical care of patients, teaching, and research has given him extensive experience in participating in conferences around  the world as well as numerous radio and television appearances. Because of these interests, he founded the Foundation for Veterans’ Health Care in 1997.

Pulmonology is a medical specialty that deals with diseases involving the respiratory tract. A pulmonologist is an internal medicine physician who specializes in preventing, diagnosing, and treating conditions and diseases that affect the lungs, bronchial tubes, and the respiratory system, including the nose, pharynx, and throat.

On a more personal note, Dr. Spagnolo married the Hon. Dorcas R. Hardy, former  Commissioner of Social Security. His hobbies include gardening and old cars. His favorite professional publications are CHEST® and the New England Journal of Medicine.

Through his findatopdoc profile, https://www.findatopdoc.com/doctor/1201140-Samuel-Spagnolo-pulmonologist-Washington-DC-20037 or through the National Association of Veterans Affairs Physicians and Dentists, https://www.navapd.org/samuel-spagnolo