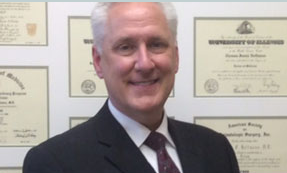 Get to know Dermatologist Dr. Thomas J. Hoffmann, who serves patients in California.

Considered an authority and expert in the field of dermatology and dermatologic surgery, Dr. Hoffmann has performed tens of thousands of surgical procedures. He founded Advanced Dermatology, Thomas J. Hoffmann, M.D., Surgical and Medical Offices, Inc. in 1992 with private practices located in Apple Valley, Menifee, and San Bernardino, California. He has extensive, subspecialty training in the field of skin cancer and its management and, as a result, his practice is devoted to the care of skin cancer patients.

Born and raised in Chicago, Dr. Hoffmann received a Four-Year Academic Scholarship to attend the scholastically rigorous Marist High School, where he became an Illinois State Scholar and a National Merit Scholar. To this day, he is very thankful for the challenging and demanding academic environment at Marist High School where a strong foundation for future academic and professional success was forged.

Thereafter, he attended the University of Illinois from 1976 to 1980 and graduated with the Highest Honors with a Bachelor of Science (BS) degree as a double major in Biology and Psychology while holding down various jobs all four years. He also achieved Departmental Distinction in Biology awarded by academic departments to their outstanding graduates. During his time, he accumulated further honors including Who’s Who Among American College Students and became a Dean’s List Scholar. In addition, he was elected to several honors societies such as Phi Eta Sigma, Phi Kappa Phi, and Phi Beta Kappa.

Accepted to numerous medical schools, Dr. Hoffmann chose to attend the University of Illinois College of Medicine in Chicago. It was there that he spent countless hours in emergency rooms and operating rooms developing many of the surgical skills that he would later perfect in the field of surgical dermatology. Due to his strong academic and clinical standing at the University and his developing interest in teaching, he was selected for tutoring fellow medical students in Anatomy, Histology, and Behavioral Science. He also became a substitute teacher in Anatomy and Physiology at a local community college. His strong academic standing further qualified him to attend other medical universities as a visiting student during his third and fourth years of medical school in order to enrich and broaden his overall medical training experience.

As a result, he received additional training at UCSD School of Medicine, UCLA Medical School, and Stanford University School of Medicine. Later in his third and fourth years of medical school, he would return to the UCSD School of Medicine and the Department of Immunology, Scripps Clinic and Research Foundation where he did many months of research on leprosy with Professor Emeritus, Dr. Irma Gigli.  She is considered to be a world authority in dermatologic and immunologic research. Under her direction, a break-through understanding of leprosy was achieved and the findings were published in the very highly regarded Journal of Investigative Dermatology. From here, Dr. Hoffmann was recommended to the world renowned St. John’s Hospital for Diseases of the Skin in London, England (which has since been renamed, The St. John’s Institute of Dermatology and is now part of the large multi-faculty medical school which includes Guy’s, King’s College and St. Thomas’ medical schools). At the time, the program accepted one dermatology resident from the world per year.

As for his training, Dr. Hoffmann did his internship in internal medicine at St Mary’s Hospital in Long Beach, California, a teaching hospital affiliated with the UCLA School of Medicine. He then attended the Baylor College of Medicine in Houston, Texas from 1985 through 1988 for his residency training in dermatology, where he served as chief resident and received his board certification in dermatology. He scored in the top in the nation on the National Dermatology Board Certification Examination.

Wanting to further his academic pursuit, the doctor attended Loma Linda University where he completed a one-year dermatologic surgical and cosmetic fellowship approved and certified by the American College of Mohs Surgery. He remained at Loma Linda University teaching as an Assistant Professor of Dermatology and Dermatologic and Cosmetic Surgery for over 7 years. He also taught at the Western University of Health Sciences for two years where he was awarded Clinical Teacher of the Year for both years.

While at Loma Linda University, Dr. Hoffmann served as Vice-President, Chief Financial Officer, Co-Director of the Mohs Surgery and Cosmetic Surgery Unit, and Co-Director of the Pigmented Lesion/Melanoma Clinic of the Loma Linda University Dermatology Medical Group, Inc. He was also the Chief of the Dermatology Division of the Veterans Administration Hospital, Jerry L. Pettis Memorial; a Consultant at the San Bernardino County Medical Center; as well as Section Assistant Secretary, Section Secretary, and Section Chairman of the California Medical Association Scientific Advisory Panel on Dermatology.

Voted consistently by physician peers as “Top Physician” beginning in 1999, he has volunteered his time to the University Speakers Bureau, the American Cancer Society, as well as other charitable organizations. He has also been a program planner, moderator, and speaker of the California Medical Association Western Scientific Assembly Annual Meeting.

Recognized as a Fellow of the American Academy of Dermatology, the American Society of Dermatologic Surgery, and the American College of Mohs Surgery, Dr. Hoffmann has been a speaker and moderator at numerous National Medical Meetings and Continuing Medical Education Symposia. He has published extensively in medical journals and contributed chapters to major dermatology and surgical textbooks. He has also co-authored his own textbook, Surgical Dermatopathology, for Dermatologic Surgeons and Pathologists.

Dermatology is the branch of medicine dealing with the skin. The skin is the largest organ of the body. Dermatology is a specialty with both medical and surgical aspects. A dermatologist is a specialist doctor who manages skin diseases and deals with both internal and external causes and some cosmetic concerns involving the skin. Dermatological duties include taking consultations, providing screening tests, and undertaking non-invasive surgical procedures.

A devoted family man, Dr. Hoffmann spends his non-working hours with his family and church. His interests include travel, sports, and old cars. 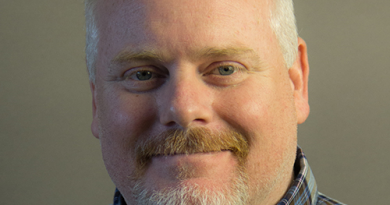 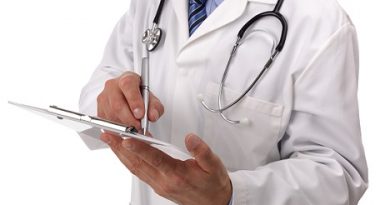 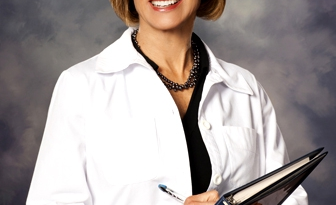